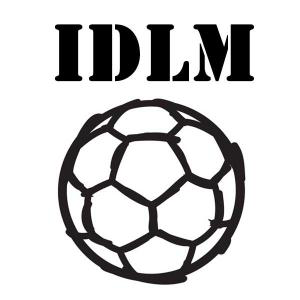 From the English Premier League to the obscurity of everywhere else, I Don't Like Mondays has it loosely covered. Join the boys for football chat, libellous stories and general skullduggery throughout each week of the football season. Any questions, queries or comical stories from the football world? Get in touch with us on Twitter @IDLMFP

The boys bring the curtain down on the football season with talk of the all German Champions League final at a resplendent Wembley, the latest and greatest to be boarding the summer transfer merry-go-round and end on our possibly highly anticipated awards.

I Don't Like Mondays Football Podcast
Downward Spiral
May 21, 2013 by IDLM
audio

This week the boys have shed loads to talk about after another brief hiatus. Sir Alex and memories of his tenure, Arsenal's Champions League qualification and defecating matters at Brighton are all on the agenda.

I Don't Like Mondays Football Podcast
Biting Satire
May 8, 2013 by IDLM
audio

IDLM rises like a phoenix from the ashes after an unexpected hiatus. This episode has the boys joining in with the Europe-wide German love in, discussing the antics of a certain Luis Suarez and mulling over the trials and tribulations of foreign ownership.

I Don't Like Mondays Football Podcast
Curses In Football
Mar 27, 2013 by IDLM
audio

IDLM are back in from the cold to discuss the ineptitude of England and why Carl Jenkinson is our only hope, Mourinho's love affair with the Premier League and definitely real curses that aren't helping with the goings on at Coventry City.

I Don't Like Mondays Football Podcast
If They Didn't Own Chicken
Mar 23, 2013 by IDLM
audio

IDLM return at 66% capacity after Matt goes missing in action. This weeks podcast see's us discuss the managerial merry-go-round at Blackburn, why all Romans should allow Francesco Totti to sleep with their wives and that 'challenge' from Callum McManaman.

After an unexpected hiatus, IDLM returns with talk of dodgy refereeing decisions, QPR's ridiculous wage bill and why Danny Welbeck is the best player of his generation.

IDLM returns once again to discuss the glorious defeat of Arsenal in Europe, the great escape happening at QPR and how much we all love Javier Zanetti.

IDLM is back again to talk about a spectacular dummy from Robert Lewandowski, ridiculous stories in the press and glamour ties in the FA Cup.

IDLM mull over the delightfulness of Dimi Berbatov, the biggest and best derby in the Midlands and Juan Mata's educational history.

IDLM are back again discussing the hair of Andy Townsend, an actually quite good performance from England and David Beckham being the blueprint for all men.

IDLM find time to talk about the Arsenal shellacking of Spurs, Zlatan's greatest hits and we spoil Layer Cake.

I Don't Like Mondays talk about the hairline of Ray Wilkins, reminisce about a Paul Dickov goal at Highbury and chastise the cockney mafia.

IDLM are still a man down with Matt missing in action, but we crack on nonetheless and talk about Liam Ridgewell's less than sanitary toilet habits, Jason Roberts becoming a problem and Edinson Cavani's chiselled features.

IDLM resumes after Christmas hiatus with talk of the magic of the FA cup, inaccurate stats and the night life of Nottingham.

IDLM are still a man down but with Christmas just around the corner, we discuss the possibility of Arsenal getting into the top 3, Mario Balotelli's ego, and rant about the goings on at the end of the Manchester derby.

IDLM go a man down but still manage to discuss the Rafa Benitez saga, Gerard Pique's great life and Naz gets sweary about Arsenal.

IDLM mull over the plight of Mark Clattenburg, definitely relevant tickets for The Ashes and that Phillipe Albert goal.

IDLM discuss the punditry of Alan Shearer, the passing range of Chelsea and get ranty about racism.

DESCRIPTION
From the English Premier League to the obscurity of everywhere else, I Don't Like Mondays has it loosely covered. Join the boys for football chat, libellous stories and general skullduggery throughout each week of the football season. Any questions, queries or comical stories from the football world? Get in touch with us on Twitter @IDLMFP

Archived from iTunes at https://itunes.apple.com/us/podcast/i-dont-like-mondays-football-podcast/id621804933. Items in this collection are restricted.
ACTIVITY